Neeraj Seth, Managing Director, is the BlackRock Head of Asian Credit and has been in his current role since 2009. He is the portfolio manager for the BlackRock Asian Tiger Bond Fund and Asia Pacific private credit fund. He leads the strategy for Asian Fundamental Credit and is responsible for providing oversight of the investment process, performance, and the team's infrastructure as well as determining the strategic direction and growth initiatives of the platform. He has been responsible for building the Asian fundamental credit business since 2009. Prior to joining BlackRock in 2009, Mr. Seth was a Senior Vice President focusing on the Asia Pacific market for R3 Capital Partners. He previously held a similar role with the Global Principal Strategies team at Lehman Brothers. Previously, he was an Associate Partner with McKinsey & Company where he was in the leadership group for the Technology & Telecom practice in Southeast Asia. Mr. Seth earned a BE degree in mechanical engineering from Delhi University and an MBA degree in finance from the Indiana University of Kelley School of Business.

Investing in Asian Private Credit and Debt: Is Now a Good Time? 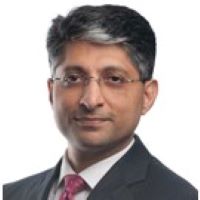