All Star Panel: The Top 5 Investment Trends That Will Dominate Fixed Income in 2019 to 2020 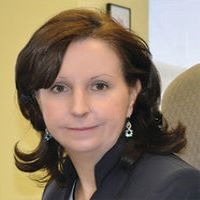