BRIAN EVISON is SVP of DAE Capital based in Seattle where he has lived for the past 20 years. He has been employed by DAE since 2006 and was previously employed by Boullioun Aviation. His current responsibilities include building and maintaining relationships and consummating aircraft leasing transactions with airlines based in North America. Brian has consummated multiple transactions with the following airlines: Air Transat, WestJet, Alaska, Frontier, Spirit, LATAM, GOL and AZUL in Brazil, Aeromexico, Cayman Airways, SKY Airline in Chile, Virgin Australia and Air Niugini in Papua, New Guinea. He holds an EMBA from the University of Washington in Seattle and Bachelor Economics degree from the University of New South Wales. He is a Past President of his Rotary club, Bellevue Breakfast Rotary Club in Seattle. Due to his love of golf, he has been a walking scorer for the past three years at the RBC Canadian Open that will be held at the Glen Abbey Golf Course in Toronto during the week of 25 July. As an Australian he is a permanent legal resident of the US. 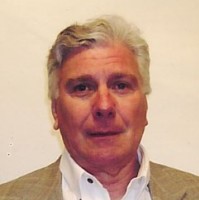