Full Name
Jim Scott
Job Title
CEO
Company
Flair Airlines
Speaker Bio
JIM SCOTT became the president and CEO of Flair Airlines in January 2018 and led the airline’s transformation from a charter operation to Canada’s first ultra-low-cost carrier. Serving one million passengers a year with a fleet of Boeing 737 aircraft, Flair Airlines is now profitable in all of its markets resulting in a significant increase in the company’s valuation. Flair Airlines is currently planning an expansion of its route network and fleet size through Canada and the United States.

Mr. Scott was an airline pilot for various airlines, including flying for Cathay Pacific Airways on the Boeing 747-400. He is an entrepreneur at heart where he has successfully founded and raised start-up funds for other ventures including taking one company public on the TSX.V. Mr. Scott is a board member with the Air Transport Association of Canada (ATAC) and has been a Transport Canada approved pilot examiner for twelve years.

In his past, Mr. Scott served as a senior planner for the 2010 Winter Olympics held in Vancouver, B.C. He also worked for the Vancouver Police Department for more than a decade.

From the University of the Fraser Valley, Mr. Scott holds a Bachelor’s Degree in Aviation & Criminology and a Master’s Degree in the Criminal Justice system.

He is an active volunteer; founding and initially leading the Equitas Society for disabled soldiers, house building for the Tabitha foundation in Cambodia and is a former president of the Rotary Club of White Rock Peninsula. For his community and professional service, Mr. Scott has been awarded the Queen Elizabeth II Diamond Jubilee Medal and the British Columbia Lieutenant Governor Meritorious Service medal. 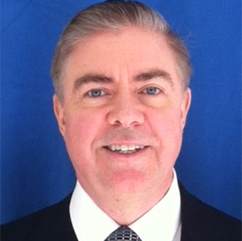