DANA A. BARTA joined Morgan Stanley in January 2010 as an Associate in Morgan Stanley’s Capital Markets (GCM) Division and quickly rose through the ranks. Currently an Executive Director, Dana is responsible for originating and executing deals in the Transportation space. In aviation, Dana has been involved in all Morgan Stanley EETC transactions since 2010, raising $25Bn+ for domestic and international EETCs in 30+ transactions. Dana is also a well-known figure in the Aviation Conference circuit, having attended and been a panelist at various AirFinance Journal Conferences as well as the Canadian Airline Investment Forums. Beyond her business responsibilities, Dana is a graduate of the GCM Emerging Leaders Program and is part of the Morgan Stanley firm-wide Rising Star Program for both VP and ED levels. Dana is one of the founders of Advancing Women in Aviation Roundtable (AWAR), a grass roots initiative started in Dublin 2015 and continued every year since then during the Aviation Finance Conferences as well as at various corporate offices, and which gathers select groups of senior men and women executives to examine the challenges and opportunities in retaining and advancing talented women in aviation financing industry. Prior to joining Morgan Stanley, Dana worked at JPMorgan as an Analyst in Structured Credit Products and at Wachovia as an Associate in Structured Equity Products. In these roles, Dana was involved in structuring Synthetic Collateral Debt Obligations and Alternative Investments respectively. Dana graduated Magna Cum Laude from Mount Holyoke College with a B.A. in Economics and Computer Science and from Columbia’s MBA – the Executive Program in 2015 with Dean’s Honors, sponsored by Morgan Stanley. 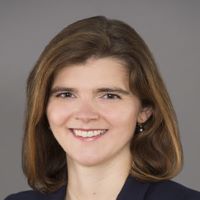