RYAN DEBRUSK is Head of Marketing for the Americas at Nordic Aviation Capital (NAC) and is based in Toronto, Canada. Ryan has extensive experience in the international selling arena with a proven track record of success in sales campaigns over his now 20 years in the Aviation industry. While with Bombardier Commercial Aircraft, he successfully led sales campaigns at both new and existing clients worldwide. These include, but are not limited to, significant Q400 fleet expansion at All Nippon Airways (ANA) in Japan, CRJ700 regional jet introduction to the Japanese market with IBEX Airlines, launching the Bombardier Q400 in the Indian market with SpiceJet, securing the C Series (now Airbus A220) launch customer in the Asia/Pacific Region with Korean Air, sustained Q400 fleet growth with Alaska Airlines and its subsidiary Horizon Air, the successful Q400 sale and introduction at WestJet Airlines in Canada, the introduction and growth of the CRJ900 fleet with Cityjet Airlines and Scandinavian Airlines System (SAS), Q400 fleet growth at Luxair Luxembourg Airlines and C Series fleet growth at airBaltic in Latvia. Ryan has also had a hands on role in the entry into service of the first all new narrow-body aircraft in over 30 years in the C Series at both Swiss and airBaltic in Europe. 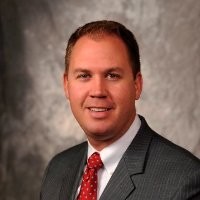