In her 26 years with the Public Service of Canada, Sara Wiebe has had many challenging opportunities. For the first 10 years, she served with the Canadian Foreign Service as an immigration officer with three overseas assignments – in Argentina, Haiti, and Miami. Upon her return to Canada, she worked in the Office of the Minister of Citizenship and Immigration, and in the Border Policy Directorate at Citizenship and Immigration Canada. Between March 2000 and August 2006, Sara was with the Privy Council Office (PCO) where she served in three functions – as the immigration and transport analyst in the Regulatory Affairs Division, as the advisor responsible for issues related to travellers and law enforcement in the Borders Task Force, and as the Executive Assistant to the National Security Advisor to the Prime Minister. Sara then worked with the Royal Canadian Mounted Police (RCMP) as the Officer in Charge, Strategic Partnerships, responsible for the Memorandum to Cabinet Unit and the Memorandum of Understanding Unit. Between May 2007 and January 2011, Sara took on a series of responsibilities at the Canada Border Services Agency (CBSA) including as the Director of US Relations and Intergovernmental Affairs, the Director General of People Programs, and the Director General of Pre-Border Programs. In January 2011, Sara returned to PCO to work at Intergovernmental Affairs as the Director General of Sectoral Analysis, dealing with the many horizontal policy and program issues of interest to the provinces and territories. In June 2012, Sara joined Human Resources and Skills Development Canada (HRSDC), which was renamed Employment and Social Development Canada (ESDC), as the Corporate Secretary. In May 2015, Sara was pleased to take on the important role as the Director General, Air Policy, for Transport Canada.

Rules to Fly By 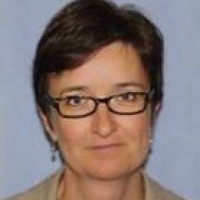