Rashad is Co-Founder, Partner and CIO at Blue like an Orange Sustainable Capital (BLAO), which was established in 2017. Prior to joining BLAO, Rashad served (2013-17) as EVP for Growth Markets at the Caisse de Depot et Placement du Quebec (CDPQ). At CDPQ, Rashad developed and executed a strategy to increase CDPQ’s investments in Growth Markets. From 1988-2013, Rashad held a number of positions at the IFC, concluding as COO. Rashad earned a PhD from Colombia Un. (1982) and an MBA from Stanford Un. (1988). 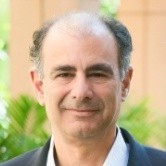